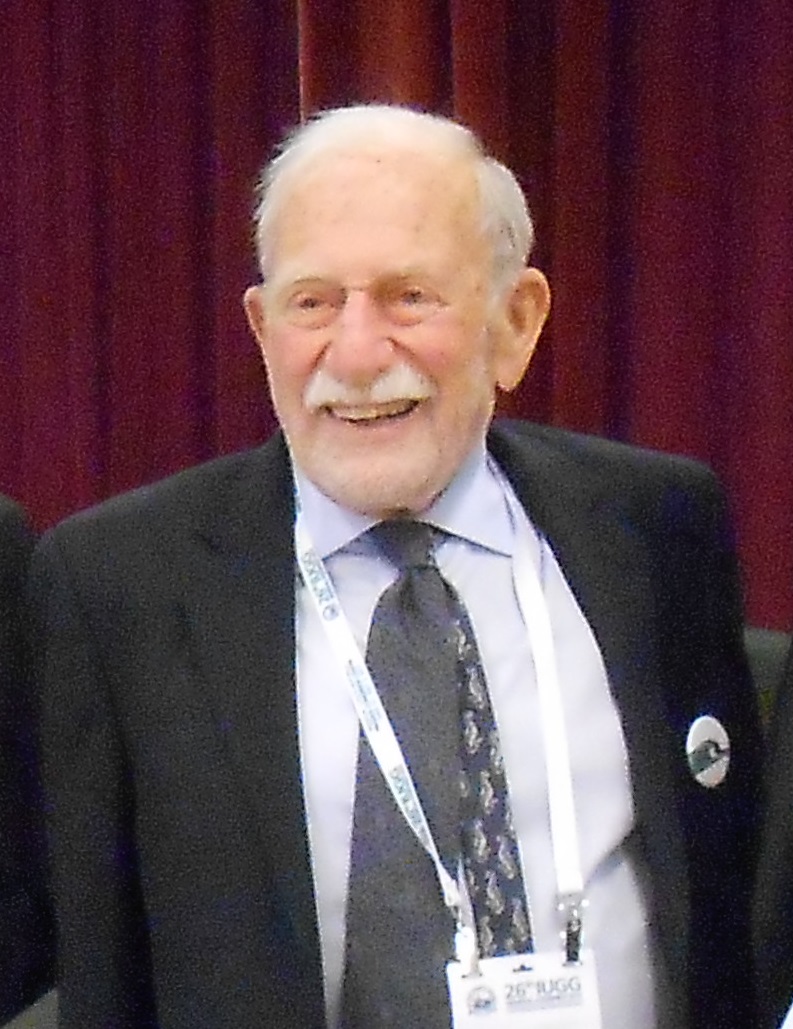 It is with deep sadness that IAPSO announces the death of Walter H. Munk from pneumonia on Friday, 8th February, 2019 at his home in La Jolla, California. He was 101.

Walter was one of the foremost oceanographers of the 20th century. His interests in the environment were widespread. Saying himself, "During my career I have worked on rather too many topics to have done a thorough job on any one of them". Many of us would disagree with his assessment of the impact that he made on our understanding of the oceans. A geophysicist by initial training, he pioneered work on waves, tides, acoustics, ocean circulation, mixing and internal waves to name just a few. Most of his working life was spent at Scripps Institution of Oceanography, California.

In 2001, during the joint IAPSO/IABO assembly in Mar del Plata, Argentina, IAPSO awarded Walter its inaugural Prince Albert I medal. There was little doubt that Walter was one of the 'fathers of oceanography' and nobody was more deserving than him to receive the award. Many of us well remember the occasion, when he gave a wonderful lecture entitled 'The evolution of physical oceanography in the last hundred years', which not only covered the science, but also many anecdotes from his scientific career. For many of us in IAPSO this was the first time that we were able to meet and talk to the 'great man', and throughout the Assembly he was often seen exuberantly chatting away to younger scientists and more mature colleagues.

Despite his advancing years, he continued to support IAPSO and in 2015, at the age of 98, he was invited to give two talks, one on acoustics and the other on internal waves, at the IUGG/IAPSO Assembly in Prague. It is a mark of the esteem in which he was held, that Walter attracted a large audience, many from the other disciplines of the IUGG family.

We were proud to listen to his presentations and delighted when he cited our works or mentioned them in his talks. His breadth of knowledge of colleague's work was outstanding and we are sad that we will no longer be able to listen to his brilliant talks except through historical recordings. His passing is a great loss to oceanography, but he was and will continue to be an inspiration to young and old.

We feel blessed that as members of the IAPSO community we were able to meet and interact with this 'Einstein of the oceans'; scientific discussions with Walter were always of great value.

The IAPSO community extend their deepest condolences to his widow Mary and daughters Edie and Kendall.

To promote the study of the oceans and the interactions that take place at its boundaries with the sea floor, coastal environment and atmosphere, through the use of physics, chemistry, mathematics and biogeochemisty.